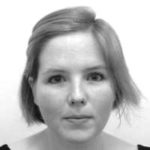 Chelsea Hopkins studied her Bachelor of Science at the Hong Kong Polytechnic University (Hong Kong), followed by a Master of Philosophy Degree at the Chinese University of Hong Kong (Hong Kong), focusing on the impact of microbes on the development of tendinopathy. She has also worked as a research assistant and as a managing editor of two academic journals. In the BonePainII Network, she will be studying pain mechanisms in an animal model of fibrous dysplasia. 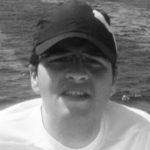 Ahmed Barakat studied his Bachelor in Pharmacy followed by a Master Degree in Pharmacology and Toxicology, both at the University of Assiut (Egypt). His main work so far has been focused on the molecular mechanisms of morphine tolerance and dependence and the study of the effects of co-administering antidepressants on development of these phenomena. In the BonePainII Network, he will be developing an animal model of cancer-induced bone pain. 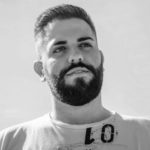 Nils Simon received both his Bachelor Degree in Biology and his Master Degree in Cell and Molecular Biology at Friedrich-Alexander University Erlangen-Nürnberg (Germany). He conducted his research investigating JAK-STAT signaling pathways in the ovariectomy-induced mouse model of osteoporosis at the Department of Medicine 3 for rheumatology and clinical immunology in Erlangen. As an ESR in the BonePain II network Nils will investigate autoantibody driven bone erosion and elucidate novel links to chronic pain in rheumatoid arthritis. 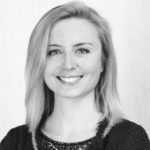 Clarissa Butti obtained her MSc degree in Medical Biotechnology at Università Vita-Salute San Raffaele in Milan (Italy). She did her thesis internship in the laboratory of Dr. Broccoli (Department of Neuroscience) in the same university, where she cooperated on research projects on Dravet Syndrome. In particular, she worked on the development of a murine cellular model genetically modified for high-throughput screenings of small molecules. After the graduation, she worked for one year in collaboration with Prof. Landsberger and Dr. Chaabane (San Raffaele Scientific Institute, Milan) on the characterisation of the CDKL5 Deficiency Disorders through molecular approaches and different MRI/MRS techniques.  In the BonePain II Network she will investigate the cellular and molecular mechanisms of osteoarthritis-associated pain. 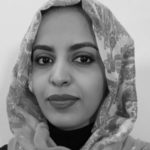 Rayan Haroun Mohammed Abdalla studied her Bachelor in Pharmacy at the University of Khartoum (Sudan), followed by a Master Degree in Drug Discovery Skills at the King’s College London (UK) where she was awarded the best academic performance prize. Her main work so far has focused on the pre-clinical stage of drug discovery with a special focus on the link between chemistry and pharmacology. In the BonePainII Network, she will be investigating the mechanisms of bone pain in cancer in an attempt to discover novel therapeutic targets. 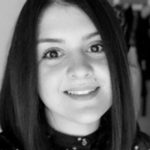 Andreea  Radulescu obtained her Bachelor Degree in Biochemistry from the University of Surrey. During her studies she has developed a keen interest in animal research and has explored various areas of molecular biology and metabolism as part of a placement year at Texas A&M University. Her interest for drug development and translational science was furthered in a Master’s Degree in Translational Medical Researchat the University of Heidelberg. In the BonePainII network, she will be investigating the causes and management of pain after osteoporotic fractures. 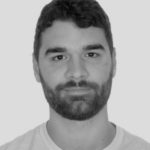 Christian Martín Gil studied his Bachelor in Biology at the University of Salamanca (Spain), followed by a Master Degree in Biomedicine at the University of Barcelona (Spain). During his MSc project, he worked on the role of long non-coding RNAs in tumor associated macrophages in the context of follicular lymphoma. In the BonePainII Network, his research will focus on immune factors that mediate in osteoarthritis pain. 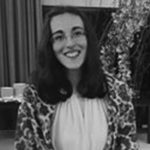 Patrícia Ribeiro completed an integrated MSc in Bioengineering at the University of Porto ( Portugal), specializing in Molecular Biotechnology. During her MSc thesis, she explored the role of osteoclasts in cancer-associated bone pain, particularly the interaction with peripheral sensory neurons, making use of microfluidic platforms. In the BonePainII network her project will focus on the identification of mitochondrial changes in osteoclasts and sensory neurons in osteoarthritis and cancer-induced bone pain models. Identifying inhibitory receptors and mitochondrial functions that can be targeted to manage pain is one of the main goals. 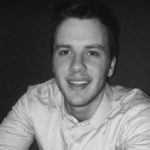 Matthijs Luit van der Moolen studied his Bachelor in Biomedical Engineering at the Technical University Eindhoven (Netherlands), followed by a Master’s Degree in the UMC Utrecht/TU Eindhoven collaborative ‘Regenerative Medicine and Tissue Engineering’-track within Biomedical Engineering. His main research has involved the establishment of Microfluidic perfusion cultures in both 3D scaffolds and 2D settings for applications at the cross-section of Neuroscience and Angiogenesis. He has great interest in Microfabrication, CAD-based modelling and Electrophysiology. In the BonePain network, he will be working on the development of a novel bone-and-neuron chip for in vitro 3D phenotypic analysis. 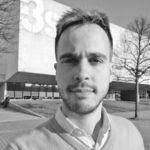 Andrea Bortolin is a Medical Biotechnologist from Padua University (Italy). He first obtained a BSc in Biotechnologies, followed an MSc in Medical biotechnologies. During his MSc studies he won an Erasmus Traineeship scholarship in Nicola Elvassore’s laboratory at the University College London Institute of Child Health, where he worked on the functional differentiation of human Pluripotent Stem cells into hepatocytes in microfluidic chips. In the Bonepainll network he will work on the development of a 3D compartmentalized microfluidic chip model, to study the interactions between osteoblasts, osteoclasts and nociceptive neurons in the contest of breast cancer induced bone pain, for high throughput drug screening. 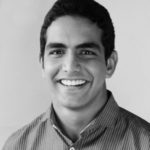 Khaled Elhady Mohamed has done his Bachelor’s Degree in pharmacy at Alexandria University (Egypt). For two years, he worked as a clinical pharmacist. Then he completed his Master’s Degree in nanomedicine for drug delivery which is an EMJMD in 4 universities in France, Italy and Greece. The focus of his work was on using extracellular vesicles for protein drug delivery. As a PhD student in the BonePainII Network, Khaled will be exploring a novel Calcitonin/Amylin Receptor Agonist for its ability to improve structure and pain in rat models of osteoarthritis. 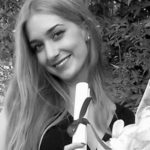 Stefania Kalogera is a biologist graduated from the University of Patras (Greece). She continued her studies for obtaining her Master degree in the field of “Human Genetics” from the department of Medicine at the University of Thessaly (Greece), where she focused on studying the status of c-Myc proto-oncogene and relevant signaling molecules on patients with pancreatic cancer (metastatic and non-metastatic). In the BonepainII network she will be involved with the development and validation of novel biomarkers reflecting pain and tissue turnover in osteoarthritis as well as the investigation of the role of inflammatory pathways in chronic pain in osteoarthritis. 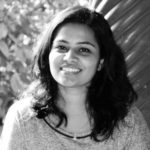 Pravallika Manjappa obtained her Bachelor Degree in Medicine from Rajiv Gandhi University of Health Sciences (India). after which she worked as a Research Fellow at the National Institute of Mental Health and Neuro Sciences with a focus on Obsessive-Compulsive Disorder. She then went on to do her Research Masters in Stem Cells from the University of Chester (UK) where she worked on the influence of bone marrow microenvironment on the susceptibility of leukemic cells to repurposed drugs. In the BonePainII Network, her work will focus on characterization and pharmacological validation of a novel bone-loading model of OA pain along with determining the role of mechano-sensitive ion channels in the regulation of pain related gene expression in response to mechanical stress. 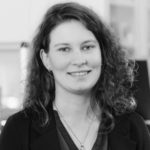 Lydia Moll received her Bachelor’s Degree in Molecular and Technical Medicine from Furtwangen University (Germany) and graduated with a Master Degree in Cell and Tissue Engineering at Keele University (UK). Her research projects focused on musculoskeletal diseases and stem cell differentiation. After graduating she worked as a research fellow on Adipose-Organ-on-a-Chip systems at the Fraunhofer Institute for Interfacial Engineering and Biotechnology, Stuttgart (Germany). In the BonePainII network Lydia will develop “disease in a dish” models combined with Cellectricon’s optical electrophysiology platform. She will develop high capacity microfluidic co-cultures of bone and neuronal cells in order to perform functional screening to reveal molecular mechanisms of arthritis, and potential treatments for Bone Pain.

WE ARE PROUDLY FUNDED BY

The project has received funding from the European Union’s Horizon 2020 research and innovation programme under the Marie Sklodowska-Curie grant agreement No 814244.